Find out how EverydayComply can help your specific industry by clicking the links below or continue reading for our complete features and benefits: 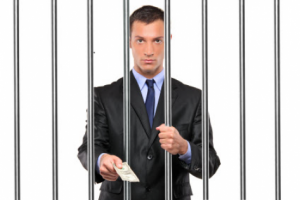 “What can I do to demonstrate that my team understand both their legal and commercial responsibilities?”

At Everyday our aim is to provide supporting solutions to organisations that help them to manage their businesses and to deliver compliance to the plethora of legislation and regulations that impact their business performance every day.

The EverydayComply solution is designed to:

EverydayComply is not aimed at replacing the training and development plans you have in place for your staff. It has been specifically developed as a tool geared towards complementing and enhancing existing training. It is there to protect the organisation and its management in supporting their aim of ensuring compliance with the legislative and commercial regulations that are relevant to the business

Employees undertake regular assessments on questions relevant to the business. This could be related to any subject where your staff have a duty to themselves, the Company or your stake holders.

Drawing from a number of “Question Banks” developed by the organisation’s management, their business support operations and with help from the Everyday team, employees are requested to undertake relevant assessments at regular intervals.

Results are recorded, statistics are made available to the individual and their manager(s) and trends, good or bad, with areas requiring extra focus across the individual, the team or the Company are high-lighted for action.

EverydayComply allows you to upload and store all your polcies and procedures in one easy to reach place. These policies can than be assigned across the entireity of your organsiation , accessed at any time from anywhere, and easily changed or edited at any times as legisaltion or internal policy changes

An organisation will likely have:
– Documented Policies & Procedures it expects its people to follow
– Will have provided induction & training to its people

Below we include just a few examples where the organisations probably believed they were doing a reasonable job of informing their staff of their duties and responsibilities. However, they clearly did not convince the bodies concerned that they had given their people sufficient support 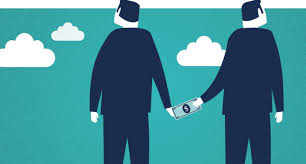 The FCA has fined Interactive Brokers (UK) for failures in the identification and reporting of market abuse. It found that the firm failed to submit suspicious transaction reports on three occasions of potential insider dealing. The broker had outsourced its functions for the post-trade monitoring of transactions to a US firm in its group. However, the FCA found that the measures adopted were not tailored to the business of the UK firm, while the UK firm failed to provide effective oversight of its US counterpart.

In its Final Notice, the FCA said requirements of firms to report when there are reasonable grounds for market abuse were a “cornerstone of the regime in place to protect markets”. Interactive Brokers (UK) was fined just over £1 million.

Would the fine have been as great if Interactive Brokers were able to demonstrate that the procedures they had defined and the “measures adopted” were tailored specifically to the UK business? If they had empirical, factual data showing that each member of staff involved in the documented procedures knew precisely what their roles and responsibilities were, and had demonstrated this over an extended period. The Interactive Brokers defence would have been enhanced greatly.

The Central Bank has fined the Bank of Ireland €3.15 million for money laundering failings. 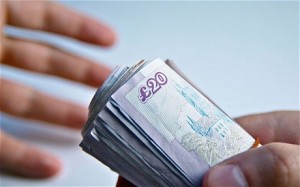 If the Bank of Ireland had routinely undertaken personal assessments of their staff on areas that could put the organisation at risk it would have, potentially, been evident well in advance to management that greater due diligence was required within their control systems. Do not leave it too late for your business.

A very costly omission for the Bank that could have been resolved by using the EverydayComply solution to identify gaps in their staff’s knowledge and identify potential risk areas. 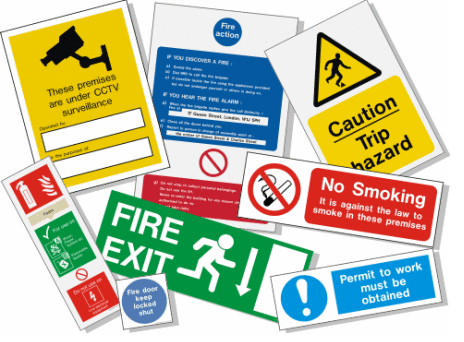 A visitor to the Wearside Service Centre fell into a vehicle inspection pit striking her head while work was being undertaken at the site. Lewisham Council had failed to heed their own independent health and safety consultant’s findings from two sets of risk assessments that recommended guarding around or over the open pits. They also ignored HSE guidance on the need to guard against persons falling into vehicle inspection pits.

Wrexham County Borough Council has been fined after an employee was diagnosed with hand arm vibration syndrome (HAVS) in 2015. The HSE investigation found that the council had failed to address the issue of HAVS following an audit. It also found that although a number of HAVS policies had been developed, they had not been implemented.

Both of these Councils were aware of their duties but were found to have failed to address the problem area concerned. If either Council had records showing that not only had they policies and procedures designed to ensure that such incidents could not occur, but also that their staff had routinely completed individual assessments that proved they were very aware of their personal responsibilities the HSE undoubtedly would have taken this into consideration when making their findings. 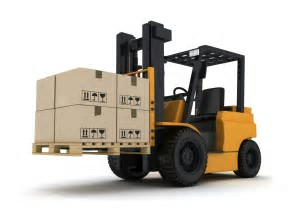 Vacu-Lug Traction have been fined £300,000 after an employee ran over a loose tyre in the road when driving a fork lift truck. He was crushed between the fork lift and the ground suffering fatal injuries. He was not wearing a seat belt at the time.

The Health & Safety Executive found there was no company policy in place instructing workers to wear seat belts when operating fork lift trucks. 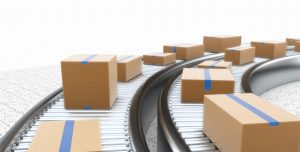 Ben Pallier-Singleton was driving a FLT at the site of Vinyl Compound Ltd in February 2015 when the vehicle overturned. He was operating the vehicle at night on a sloping road without adequate training and was not wearing a seatbelt. The HSE investigation also found that the company did not advise employees of speed limits on site and the site did not have adequate lighting or edge protection to avoid FLT’s overturning.

These fatal accidents could and should have been avoided

In both incidents above the Companies concerned had failed to document and implement policies and procedures relating to the driving of fork-lift trucks and were found to have breached H&S legislation. If they had not only had relevant policies in place but had been able to show from factual recording of assessments completed by their staff that the drivers knew their personal responsibilities not only might a tragic accident have been prevented but the Company’s concerned would not have faced heavy fines.

In both circumstances EverydayComply could have helped convince the H&S Executive that the companies had not breached the critical regulations.

Oxfam is to make 100 staff redundant in Britain after the sexual exploitation scandal in Haiti led to a drop in the funding the charity receives. In addition to agreeing not to bid for money from the Department for International Development (DFID), which gave Oxfam about £30M per year, a number of other high-profile donors have paused their funding until they receive further assurances from the charity on how it will prevent sexual misconduct.

Oxfam was forced to deny covering up the use of prostitutes by its aid workers in Haiti.

Due to the reduction in funding, Oxfam has said it would now have to “live within its means” and will be laying off approximately 100 of its 2,000 members of staff in the UK.

100 people, innocent of any wrong doing, lose their jobs. Would the impact have been as great if Oxfam had been able to routinely monitor that the procedures they had defined and the “measures adopted” within the organisation were correctly being carried out? Could the misconduct have been found earlier?

Head of Age Concern branch who stole £700,000 from charity jailed 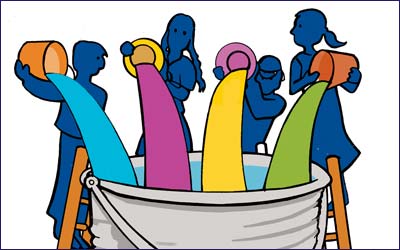 The Chief Executive of an Age Concern branch has been jailed for seven years for pocketing a “breath-taking” £700,000 of the charity’s money. John Briers, 57, was taking up to 20% of the South Tyneside branch’s annual gross income during his eight-and-a-half year fraud, Newcastle Crown Court heard. He wrote himself 60 cheques, gave himself 11 unauthorised bonuses and pension top-ups and used fear to stop staff investigating too closely as to what was happening at the branch.

Graham Cassidy who challenged Briers when he spotted a false invoice, told the court the fraud has left the branch struggling despite being rebranded. In a victim statement, Mr Cassidy, who is the new CEO, said the charity has lost £250,000 in donations, elderly users of the service have been made to worry about whether it could continue its work and six staff have been made redundant. The court heard the total cost to the branch was more than £500,000 as well as damage to its reputation.

Eight-and-a half years is a long time. Clearly the individual concerned ignored any procedures defined to prevent such an occurrence throughout this period

Social Care throughout the country is suffering from a range of problems as funding and support is being reduced across the board. Regulations and Legislative  demands are growing every year, can you afford to ignore your organisations responsibilities?

“NHS England data shows that 56% of hospital patients fit for discharge cannot leave, as there is no social care in place for them”

CQC Website: March 3/22 – “The CQC found that of the fifteen hundred inspections undertaken in the past month 23% of those were “Inadequate” or “Requires Improvement”

‘Carers UK’ estimates there are 4.5 million, (unpaid), people new to caring since the start of the pandemic, 2.8 million of whom are juggling work and care.

The largest survey of home care providers ever conducted has found the sector is facing its worst staffing crisis in history, with thousands of vulnerable people going without care as a result.

With all these problems, and many more, throughout the entire social care industry, can you ensure that these problems do not negatively affect the patients you care for? With EverydayComply you can 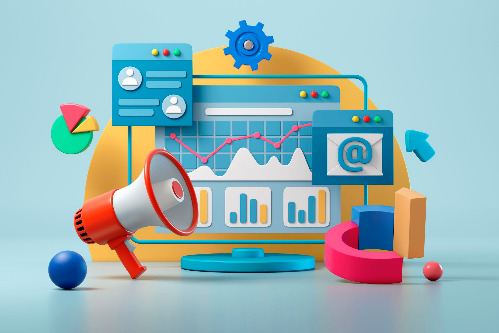 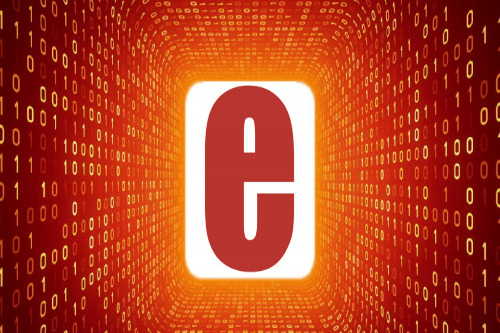